Due to the impact of inflation and lingering effects of covid, we are seeing an increase in the need for our food pantry services. Please consider making a donation today.

Together, we help hungry families in need

The LSS Food Pantries offers a source of nourishment and hope to families who are food insecure. As part of the Lutheran Social Services’ Network of Hope, our mission is to create a better world by serving people in need. We live out our faith by providing nourishment and other resources to individuals and families in need.

At the LSS Food Pantries we offer the following services: 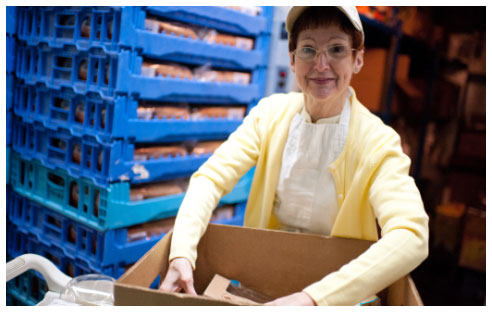 If you or somebody you know are struggling to make ends meet, The LSS Food Pantries is here to help. We provide food services to help support you in your time of need. 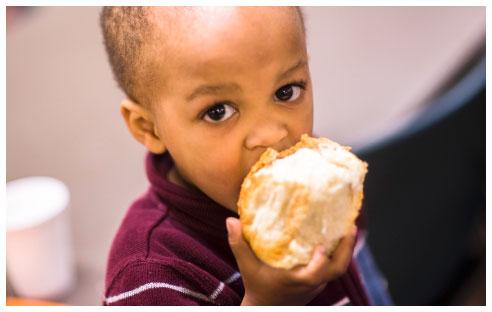 Too many struggling neighbors are going to bed hungry. If you are able, please consider making a donation today to help nutritious food readily available to those who need it.

Peter relocated to Columbus with his wife and young daughter for a job as a commercial pilot.  However, a few days into the job, he was let go after the discovery of a couple of medical issues. Fortunately, one issue was resolved quickly and the other one can be fixed after a short period of treatment.  But in the meantime, Peter and his family were stuck in a new city without an income.  Peter has been trying to get by with episodic jobs, but it’s not enough to pay the bills and put food on the table.

“We had no option but to seek help,” said Peter.  “If you had asked me two months ago, I never thought we’d be in this situation.  It just happened overnight, literally.”  His wife Jennifer added, “We left everything to come here and then when he lost the job, we’re just desperate.”

Peter and Jennifer were visiting the LSS Food Pantries for the first time.  “It definitely makes a huge difference,” said Peter.  “It’s taken some pressure off our shoulders.”  Peter is hopeful that his medical issue will be quickly resolved and he’ll be back to work as a pilot soon.  “We’re really, really hoping that we won’t be in this situation much longer,” he said.

Learn more about how to support our LSS Network of Hope programs and the great work going on to help those in need.

It has been another busy week at the Champion Ave. pantry! Bridgette, our distribution coordinator, kept everyone organized by checking things off the to do list. We are so grateful for our wonderful staff! ... See MoreSee Less

Thank you for all you do!

A few days ago at our Champion Ave. pantry, we loved distributing beautiful flowers and fresh pineapple to brighten up a cold wintery afternoon! ... See MoreSee Less

Thank you to SourcePoint: Thrive after 55 for a grant of $16,000 to help provide food to Delaware County seniors through our distributions! ... See MoreSee Less

Thank YOU for all you do ❤